Find this article at:
go.ncsu.edu/readext?685986
— Written By Angela Post 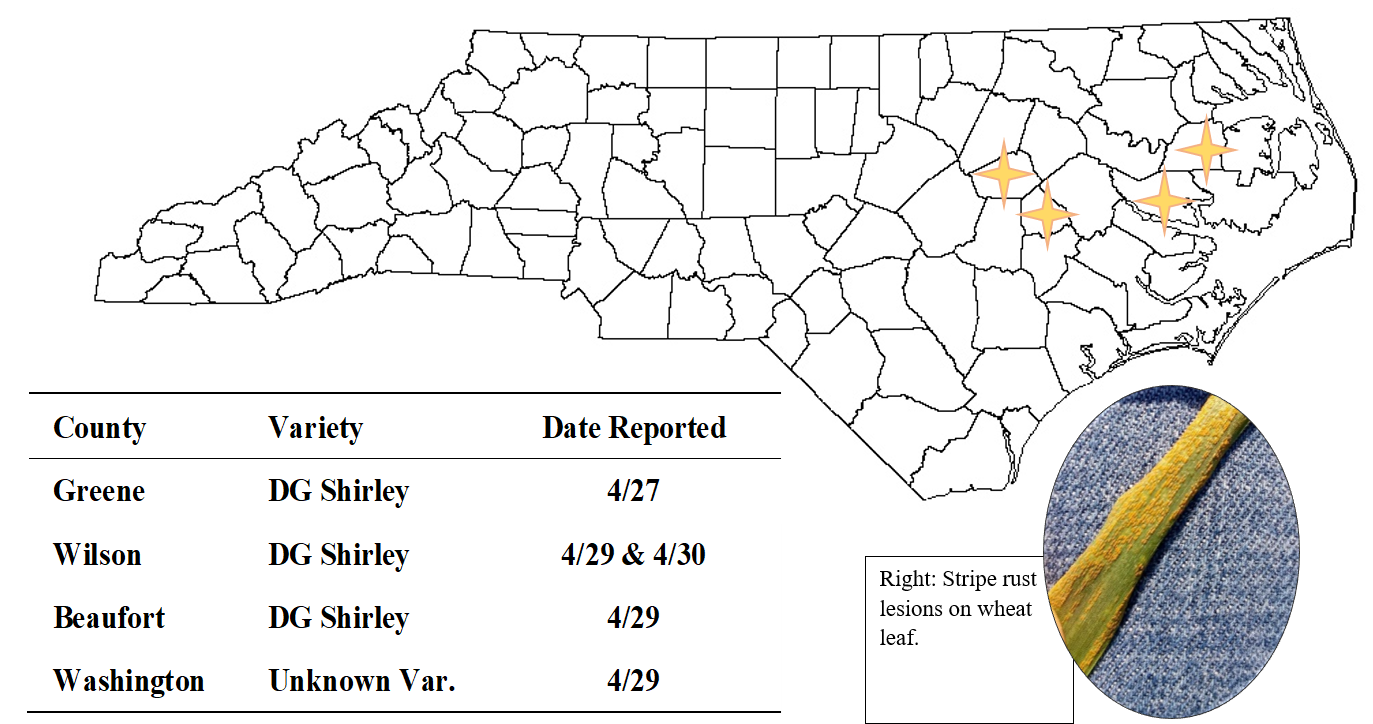 Over the last week stripe rust has been reported in several counties across North Carolina (Table 1). A stripe rust epidemic can develop much quicker than a leaf rust epidemic. If scouting reveals stripe rust in your field, a fungicide should be applied as soon as possible to preserve yield. Wheat varieties rated susceptible (S) and moderately susceptible (MS) should be scouted immediately. Resistant (R) or moderately resistant (MR) varieties are at low risk. Consult the Variety Characteristics Sheet to determine Stripe Rust susceptibility for common varieties. Apply fungicides to fields containing multiple stripe rust foci first before moving on to fields with less noticeable infections. A stripe rust focus is pictured in Figure 1B.

When choosing a fungicide, pay close attention to harvest restrictions on the label. Table 2 is abbreviated from NCERA 184 Fungicide Efficacy for Control of Wheat Diseases to include only fungicide products with an excellent stripe rust rating. The fungicides Prosaro, Caramba, and Folicur provide excellent protection against a stripe rust epidemic. Generic versions of the same active ingredient will provide equivalent control. These fungicides have a 30-day pre-harvest restriction, so use caution when applying to fields nearing harvest. Stobilurin-only products such as Aproach and Headline are less effective when used alone after a stripe rust infection has occurred. Aproach Prima also provides excellent protection against stripe rust; however, this fungicide has a 45-day pre-harvest restriction and should only be applied to varieties that are still in boot and not yet heading. As a reminder, Feekes 10.5 is heads fully emerged from the boot and Feekes 10.5.1 to 10.5.4 is the flowering stage. 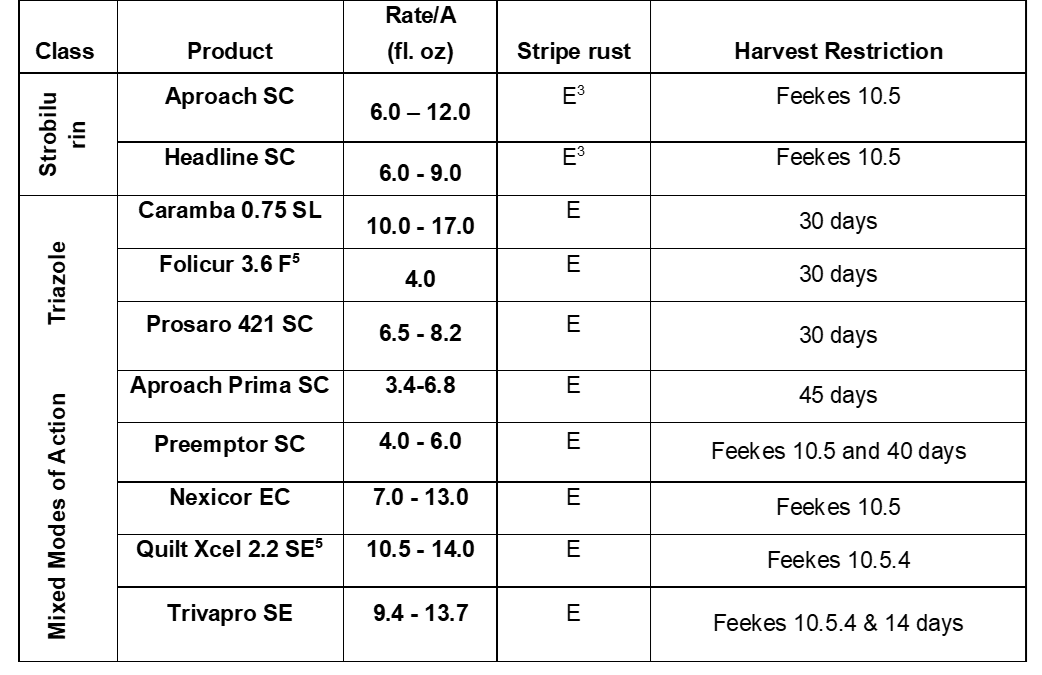 3Efficacy may be significantly reduced if solo strobilurin products are applied after stripe rust infection has occurred. 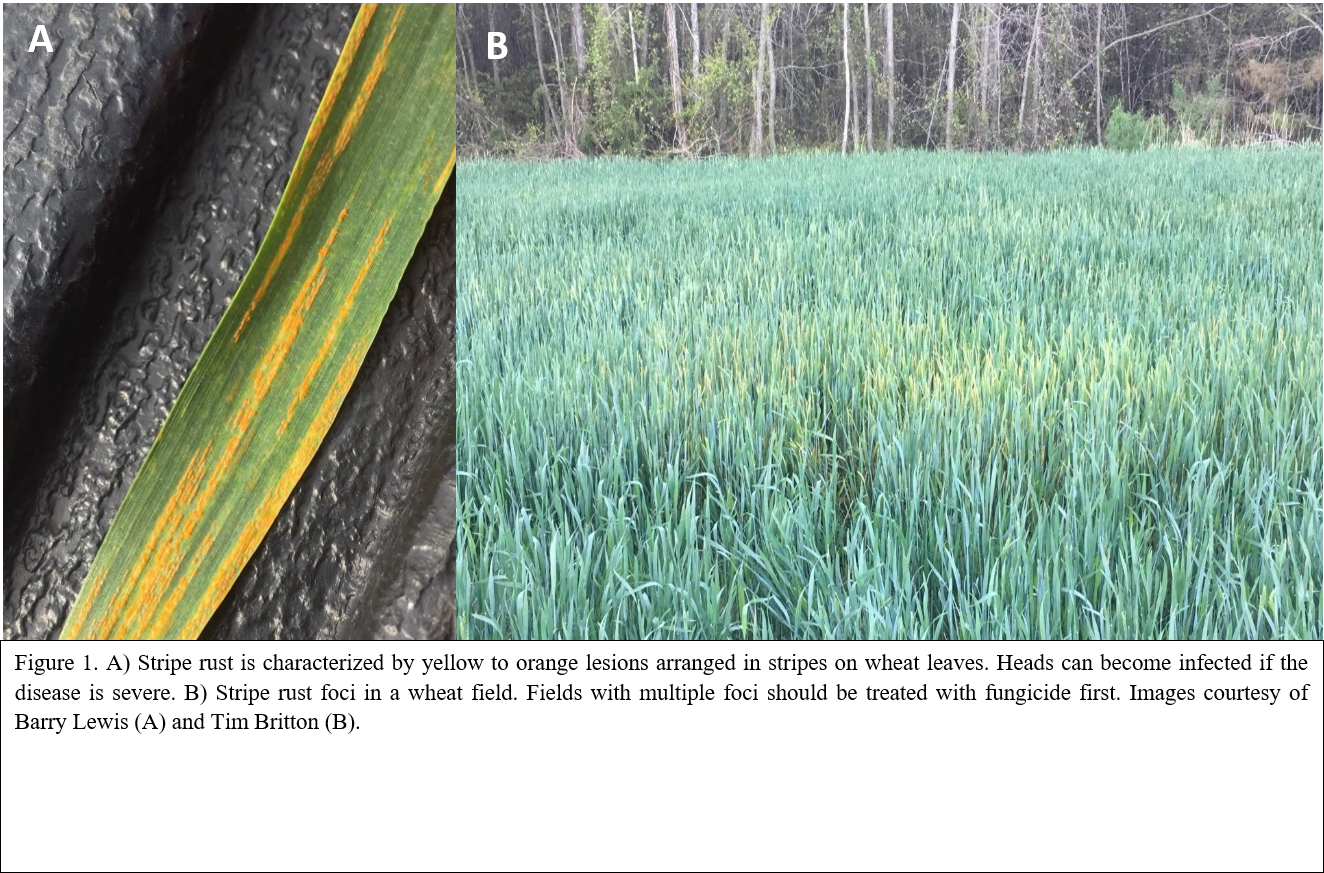